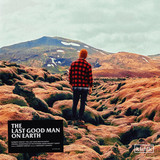 🌎Songwriter / Music Producer ⚓️ Musical Storytelling and Creative Guidance 🔥 Indie-Pop Songwriting / Commercials 🔗 job inquiries: norbulate@gmail.com Norbert Kristof is from Miskolc in Hungary. He received his first guitar when he was 13 years old, and spent his formative years learning to play, record and perform. He started making music professionally 15 years ago. Although his original musical inspirations were all bands, Norbert grew to love the world of singer-songwriting, including such names as Damien Rice and Elliott Smith. Despite this, he still sees himself as a rock artist, and not a traditional singer-songwriter. His associated act was the rock band American Mercury. He also produces and co-writes songs with other artists, as well as recording music for commercials and movies.