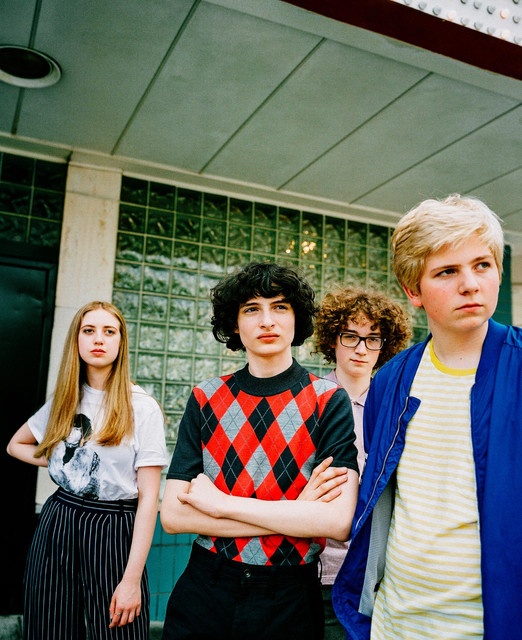 Calpurnia's story is how teenage rock dreams are meant to unfold: four friends, all raised on a healthy diet of the Beatles, Nirvana and David Bowie, and a deep love for their respective instruments, retreat one day to a basement and begin jamming together. They cut their teeth on some cover songs and then, with just enough confidence and a dose of adolescent enthusiasm, they write and record their own tunes. "It was kind of destined to be," Finn Wolfhard says of the almost serendipitous genesis of the rough-and-tumble Vancouver-based indie-rock foursome he formed with three of his now-closest friends. "We all just really clicked. And when I'm passionate about something," the singer-guitarist adds of Calpurnia, "I like to get it done as quickly as I can. There’s not a lot of wasting time”.   The band — which in addition to Wolfhard includes lead guitarist Ayla Tesler-Mabe, a six-string prodigy whose bedroom-shredding viral videos have earned her legions of fans on social media, bassist Jack Anderson and drummer Malcolm Craig — all grew up within walking distance of one another. "And as soon as we started rehearsing it was just insane," Anderson says of the quartet's instant personal and musical chemistry. Once they played their first official gig together, it was a done deal. "We had all the adrenaline we needed," Craig says. Where they'd previously played cover songs, “After the response we got," Craig notes, “We were like, "Let's record some of our own music!""<br>