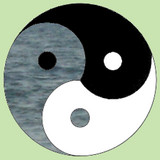 The three members of The Wavos, originally Jersey boys, have joined the ranks of NJ expats with Joe living in Myrtle Beach SC and Gordon and Tone at opposite ends of Manhattan in NYC. Theirs is a modern dance-rock band with influences ranging from the insanely creative ‘80s new wave and punk (think Depeche Mode, Billy Idol, INXS, Devo, Ramones, Prince, B-52’s, Talking Heads, New Order) to the driving alternative rock of the ‘90s and ‘00s, with liberal doses of electropop and techno dance energy. The core of The Wavos originally came together on a supermarket dock where Joe and Tone unloaded trucks in West New York NJ by day, playing NY/NJ clubs by night, and solidified when Joe met Gordon at Berklee School of Music and coaxed him down to Jersey to begin a four-year whirlwind romp through the New York metro area, playing original punk and new wave rock. Since 2009 they’ve been building enthusiastic audiences for their ‘80s tribute “new wave-o” dance parties, up and down the east coast, and at the same time honing their skills writing and producing original alt-rock pop tunes and sneaking them into their shows. Now it's 2021, the pandemic is easing up, the band is back on the road and they're super-excited about their just-completed fourth EP, "Five on the Floor", released on July 9th. Stay tuned at thewavos.com!