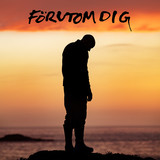 Petter was not the first Swedish MC. Neither was he the one that made Swedish an accepted language on the domestic hip-hop scene, that honor goes to the Latin Kings. But Petter was the first Swedish hip-hop artist breaking through to a mass audience, making the genre marketable and, by that, making way for a great number of younger MCs. Growing up in Södermalm, Stockholm, he was a member of the bands Vanguards and Blacktop Dandelions, still rapping in English. But it was not until he started writing lyrics in Swedish he managed to get a contract on BMG. In August 1998, he released his first album, Mitt Sjätte Sinne, with help from Ayo, PeeWee, and Sleepy, among others, parts of a loosely held together collective called Natural Bond. The album got mixed reviews but sold well, if not exceptional. But the coming year, Petter's star rose when he began receiving immense attention from media and better gigs than any other MC in Sweden. When the second album, Bananrepubliken, was released in 1999, Petter was already a big star. This album was more up-tempo, sold better than any other Swedish hip-hop album before, and got good press. While being heavily influenced by American prototypes, Petter managed to put the lyrics in an understandable Swedish context, thus distinguishing him from many of his contemporaries. The songs also had a good down-to-earth and sing- (or rather rap-) along quality. From the position he held after the second album, he was able to get backing from BMG to start his own label, Bananrepubliken, where he signed a mix of old friends and new discoveries like Eye-N-I, Feven, and Ayo. Though by 2001, Petter was not unique in doing what he did anymore, he was still by far the biggest star of hip-hop in Sweden, and the one person who had done the most to make it a mainstream genre. ~ Lars Lovén, Rovi