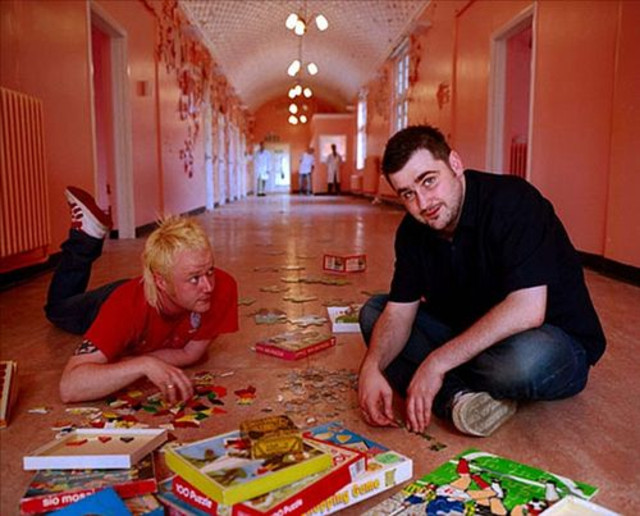 Based out of the sheriff-friendly town of Nottingham, England, the duo of Simon Mills and Neil "Nail" Tolliday met as housemates and formed the flippantly picturesque Bent -- a group earmarking a page somewhere between an early morning Air and a less cacophonic Bentley Rhythm Ace. Sonically, the band's primary influence boils down to becoming disillusioned with house music and hoarding mounds of bad records. Lo-culture samples accessorize jazz, rock, and hip-hop pulses with a heady sense of ironic piss-taking while adolescent titles like the perverted "Welly Top Mary" give the indication of a band trying to resurrect majesty in even the most risible of sources. By 2000, Bent released their sleeper -- and warmly received -- debut album, Programmed to Love, which helped pave the way for the band earning a nomination for Best Newcomer at the same year's Muzik Awards. ~ Dean Carlson, Rovi