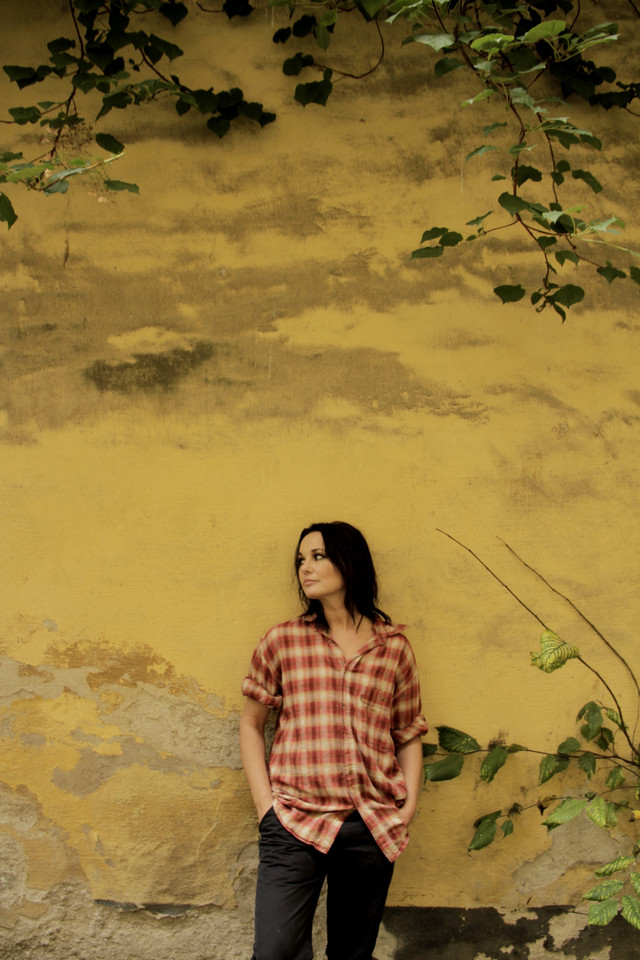 With no musical background and without ever having performed in public, Zelmani rose to the top of the charts with her debut album. In spite of being known as very shy, she soon reached an audience all over Europe and Asia with her tender singer/songwriter country. Zelmani got her first guitar at the age of 14 and was taught some chords by her father. She learned to write songs, and almost ten years later, sent a few tapes to various record companies. Sony replied first and brought her together with producer and guitarist Lars Halapi, known for having worked with Ulf Lundell and Bo Kaspers Orkester. But the very close collaboration with Zelmani, where Halapi had total control over the arrangements, was perhaps his most successful. He gave her self-titled debut a flavor of early Van Morrison, but it was Zelmani who had written all the songs and whose clear and fragile voice gave them an air of honesty. The album entered the charts at number four in the winter of 1995 and soon it had gone gold in Sweden and Japan. Zelmani made a big promotional tour throughout Europe and then went to promote the album in the U.S., where similar female singer/songwriters, like Jewel, were successful. Precious Burden was released in 1998, and if it wasn't the same immediate success as the debut, it got very good reviews. Trying to keep the touring at a minimum, the shy star was not able to avoid fame totally and learned to cope with it more and more. The previous two albums had very much been studio products with Halapi producing and playing many of the instruments, but for the next album, Zelmani formed a real band. Halapi still produced and arranged, and also wrote one track