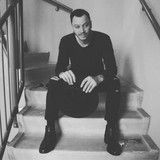 General Info and Bookings : www.jackstereo.nl Instagram: @jack_stereo | Facebook: /itsjackstereo | Soundcloud: /jack-stereo Music: http://www.capitan.nl | Int. Bookings: https://www.artistcapitol.com   Jack Stereo is an Amsterdam born DJ / Producer & Remixer. Being influenced by the Detroit Techno and Chicago House Sound while growing up, he started spinning records at the age of sixteen. Dance music was ruling the club scene and Jack soon became an entertaining artist, hooked on the feel and the energy of performing in front of a crowd.   Based out of Amsterdam, The Netherlands he started playing at different prominent clubs around the city such as The Mansion, The powerzone, Canvas, Enzo and Club NL, Club-ABE and AIR-Amsterdam in 2006. Jack Stereo became internationally known in 2014 and started playing at Pacha-Ibiza, MTV-Mallorca and many more around the world.   Jack has a deep love for funky tech-house/techno and is inspired by Joris Voorn, Derrick May and other great house legends. Jack’s style is an uplifting, funky mix of Deep- and Tech-house. Always choosing the finest records, sounds and compilations to make his set and records a complete mind blowing experience. Jack released his first record in 2009 and is continuously experimenting and pushing musical boundaries with his productions, connecting crowds at every gig.