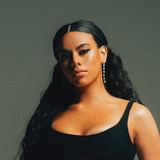 Equal parts soulful and contemporary, Dinah Jane is an artist, songwriter and performer whose talents are matched only by her passion for creating music. Born of Polynesian descent and raised in Orange County, Dinah was first introduced to the world in 2012 when she auditioned for the hit television show The X Factor and became a member of the award-winning multi-platinum pop powerhouse group Fifth Harmony. Dinah’s first taste of solo work came with the smash single “Boom Boom” which she released alongside RedOne, French Montana and Daddy Yankee in October 2017. In August 2018, Dinah signed to L.A. Reid’s Hitco and made her solo artist debut with the release of “Bottled Up” ft. Ty Dolla $ign & Marc E. Bassy that fall, which has since amassed more than 18 million Spotify streams. Dinah followed up the release of the flirty “Retrograde” before releasing a bundle of three tracks titled Dinah Jane 1. Featured on the bundle was “Heard It All Before” and “Pass Me By” which both further showcased her innate R&B sensibilities, as well as the vulnerable track “Fix It” that takes Dinah on the cathartic journey of opening up about family issues she had never addressed before. With an endless range of creativity, Dinah’s latest release – “SZNS (feat. A Boogie Wit da Hoodie)" – bounces back as an optimistic, refreshing bop. Determined to continue making music that reflects her individual journey head-on and positively impact others, Dinah Jane is here to stay.