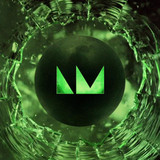 Lift the Medium is a pure rock band from Cincinnati, Ohio that formed in June 2013. The group set a goal to create timeless, uplifting music that strikes a positive chord in the minds and spirits of the audience. ​Their debut album Mastermind was released in June 2014. Following a successful campaign and tour they returned to Sonic Lounge Studios to complete their sophomore album, Moment In Time, released in August 2017. Their first major music video was released for “Don’t Need to Fall” in 2019. Lift the Medium has earned several accolades in the tristate area, including winners of the Next2Rock competition from 96Rock radio and the Cincinnati Entertainment Award for best hard rock/metal band in 2017 and 2019. ​ The group is noted for its high energy shows and dedicated fans. Winding riffs and driving rhythms are staples of their music. Every movement is in service to the song, resulting in a more passionate and pointed melodic impact. There’s a lot of diversity throughout Mastermind and Moment In Time, but it’s molded into a cohesive and contemporary sound the group can call its own. Lift the Medium is: lead singer/guitarist Joey Vasselet, guitarist/singer Joe Bartone, drummer/pianist/singer Jake Bartone, guitarist John McGuire and bassist Ryan Palcic.