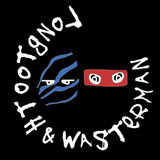 Longtooth and Wasterman, aka Greg Semple and Karl Traae, were introduced by mutual friends back in the early '80's, when they were a part of the Leicester 'Grebo' scene.   In 1989, Karl showed a clueless Greg how to use a drum machine and for Greg it all started from there. Karl was in ‘indie’ bands Leicester’s 'HBM' (Huge Big Massive' and later 'Perfume' ('90's), who performed at Glastonbury, no less.   Greg moved to Manchester in 1991 where he had a brief flirt with the Manchester scene and frontline pirate radio. He met Jez Q,(Jez Canning) and together they created darkside breakbeat music and ambient flavours as Section 47, releasing music between '94/95.   Some of the Longtooth and Wasterman songs originated later around 2003 in the guise of 'Q and the bud_' (Jez and Greg) and released to Myspace, 2003-2005.   In 2010 Greg and Karl founded the 'Excluded Ltd' project, working with Homeless, Disabled, Offenders, anyone who qualified as wanting our help to produce music.

Excluded Ltd is now their record label.   In 2018, Greg and Karl stepped up to become USB warriors as Longtooth and Wasterman, with influences driven by DnB, HipHop, thumping beats and a love for punk. Described by Sounds recently to have "hardcore beats fuelled by an incendiary swagger that lands somewhere between Crass, Atari Teenage Riot and and an angrier Sleaford Mods" - (Sounds review on Facebook. 23/3/19)   It's like some people love to go fishing, we love to write songs and perform them.