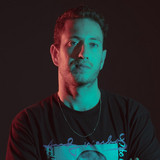 Gellero is an EDM/Pop project by Ofek Geller - An unique combination of Psytrance, Moombahton, Future House and Brazilian/African Tribal sound. By the age of 23, after he was released from the Israeli army, Gellero started producing and creating original music on EMP course at BPM music college in Tel Aviv. He eventually started teaching courses to the new students of the college.   Gellero has already released his tracks on respected labels like HEXAGON , Revealed Recordings ,SMASH THE HOUSE, ZEROCOOL and more.   In 2019, his track Feel Good was chosen to lead the Adidas running

new collection campaign in Tel Aviv, and helped him win the title ‘Best New Star’ in the international online Magazine ‘Out Now’. His original track ‘Abuja’ was chosen as the official anthem on a featured Formula 1 video in Shanghai. In 2020, Gellero produced a remix to Ivri Lider