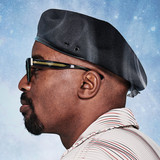 has amassed over 200 million streams and both albums ‘Evolution’ and ‘Dreamland’ reached No. 1 in the classical music charts. It doesn’t matter if you prefer Bach, Beethoven, Kendrick Lamar or Chance the Rapper; there’s succour to be found in Alexis Ffrench’s universe, whether in the purity and innocence of ‘Story Of You’, the lush orchestration of ‘Dreamland’, the stunning melody of ‘Bluebird’ or ‘Walk With Us’ – a track for which 100% of label net proceeds and artist record royalties support the Black Lives Matter movement. “I aspire to be non-denominational in how my music is viewed,” says Alexis. “Even calling yourself ‘a classical artist’ is a barrier of entry to many people.