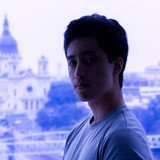 Albert Pan (also known as ‘Folded Dragons’) is a Junior at New York University studying Music Technology. He was born and raised in suburban Minnesota, and began his musical journey at a young age—classical piano training at age 6 and violin at age 10. When he turned 14, he coincidentally found out that he shared the same birthday as world-renowned DJ Avicii (Sep. 8th) and immediately began to dive into the electronic music scene. Pan debuted under his ‘Folded Dragons’ alias in late 2017 with an official remix for NBC-featured singer/songwriter Alaina Cross. He made his original music debut with “Second Guessing” (Trap Nation) and placed into Germany’s Top 50 Music Charts. As of 2019, he has accumulated millions of plays across all platforms and received nods of approval from global taste makers--including MrSuicideSheep Uploads, Trap City, Dancing Astronaut, NAVER, and more.