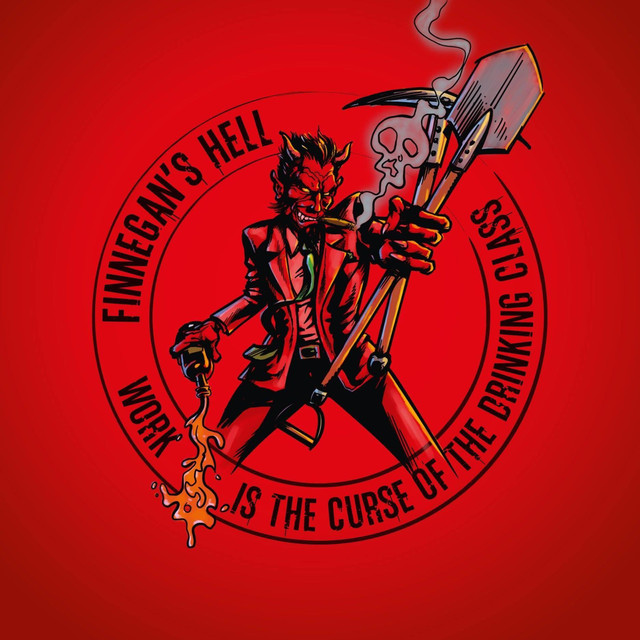 Finnegan's Hell represents the new wave of Celtic punk. The hit single "The Molly Maguires" put the band on the European Celtic punk map in 2011, and The Irish Times wrote: "They’re hard to describe, but just imagine a blend of Metallica and the Kilfenora céilí Band and you’d be about right." In 2014 Finnegan's Hell released a full-length album through Heptown Records, Europe's leading Celtic punk label. The album "Drunk, Sick and Blue" was well-received by the European music press, and earned the band gigs at some of Europe's biggest festivals and a publishing deal with Sound Pollution Songs. After releasing critically acclaimed ”Life and Death” in 2018, Finnegan's Hell was signed by Wild Kingdom and the result of this new co-operation is the band's strongest album to date. The new album ”Work Is The Curse Of The Drinking Class” was released march 6, 2020. The band is currently back in the studio, working on their forth album.