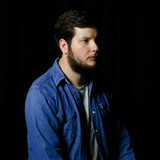 "There’s a sad dive bar somewhere between heaven and hell..." William Boyle, Brooklyn author turned Mississippian, writes, “Rogers’ voice sounds like something you’d hear booming from the stage of that place. Shivery, deep, weathered.” Cody Rogers’ has always been between those two places. The son of a pool hustler turned preacher he grew up in north Mississippi shaped by the duality of biblical fire sweltering like the southern summer and the heavenly moans that shaped the hill country with music and lone neon lights glowing in the blackness of the night. Rogers fronted Oxford, MS band, The Holy Ghost Electric Show, for six years and during that time learned who he was as a artist and songwriter, with the help of Producer Simone Felice (The Felice Brothers), while exploring the soundscape with the family that made up HGES.

Now, Rogers is releasing his first solo album entitled “My Heart is The Most Lonesome Rodeo” coming in 2018.