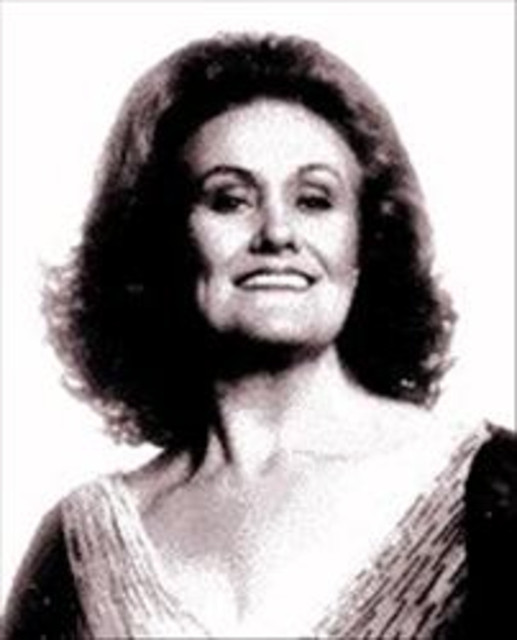 Soprano Joan Sutherland's mother taught her the piano and singing until she was 19, well enough that Joan won several singing competitions. Her professional vocal training then began when she was admitted as a pupil of John and Aida Dickens in Sydney. The Dickenses immediately started working on her neglected soprano register (she had previously trained as a mezzo soprano). After studies at London's Royal College of Music, Sutherland made her professional debut at the Royal Opera as First Lady in Mozart's Die Zauberflöte (1952). Meanwhile, she married her accompanist Richard Bonynge; theirs would become one of the most enduring of musical as well as marital partnerships. It was Bonynge's interest in the Italian style of bel canto that first led Sutherland into that repertory; he even wrote exercises for her to develop fluency and command of the style. Sutherland began to receive leading roles in Covent Garden's general repertory in 1954, and in 1955 she sang the role of Jennifer in the world premiere of Michael Tippett's opera The Midsummer Marriage. Her breakthrough into the bel canto repertory came with her Lucia di Lammermoor at Covent Garden on February 17, 1959. The premiere was a triumph; such a stylistically organic and natural performance of Donizetti had not been heard for generations. She quickly became the most prominent young singer exploring the neglected music of Rossini, Bellini, and Donizetti. Her voice had a beautiful quality that bloomed above the staff, actually gaining in clarity in this high register. Her phrasing was excellent and historically informed, and projected intense emotional involvement. The voice had extraordinary agility, and could negotiate rapid ornamentation in any register with seeming ease. The major aspect of her performance that most invited criticism was her tendency to sacrifice the consonants of words to the flowing legato of her singing, resulting sometimes in the words becoming unintelligible. Sutherland's career progressed to one of great stardom and brilliance. She debuted at La Scala in Milan in 1961 as Lucia, and made subsequent appearances at most major houses of the world. The Bonynges organized their own operatic company and took it to Australia in the 1965-1966 season, a triumphant return for both. She also undertook a major recording career with the Decca (London) Record company, which preserved most of her major roles in operas of Handel, Bellini, Donizetti, and Meyerbeer. In 1976, Bonynge was appointed music director of the Australian Opera in Sydney, where he remained for ten years. Sutherland frequently appeared with the company, with stellar results. She received her knighthood as Dame Commander of the Order of the British Empire in 1979. She made her farewell operatic debut with the Sydney Opera on October 2, 1990, in Les Huguenots by Meyerbeer.