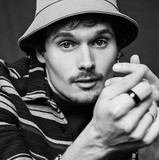 Waiting For Smith is British singer/songwriter Harry Lloyd. Formerly a ski instructor in the French Alps, Harry broke his back in two places during avalanche training. Wondering whether he’d survive in the helicopter on the way to the hospital, he had an epiphany that if he was OK, he should dedicate his life to music. After spending a year in bed recuperating and learning to play guitar, he formed Waiting For Smith, named after endlessly waiting for their original drummer, Smith, who always failed to show.   "My accident gave me a moment of pure clarity. Looking up at the sky with a broken back and laid out on a stretcher; it was obvious to me without any question, that I should pursue music."   Spreading joy and making people believe in themselves is what drives Harry. "My dream is to help people forget about their troubles in life, even if it's just for half an hour. I love making people feel good."  Waiting for Smith is amassing international support and has landed radio play on over 190 stations around the world, including by Huw Stephens on Radio 1, Dermot O’Leary and Jo Whiley on Radio 2, Tom Robinson on 6 Music, Maz Tappuni on Radio X, Flux Fm in Germany, Radio Doble Neuve in Lima, Peru and KROQ and KISS FM in the USA and Radio One in India. Based between Amsterdam & London Harry is inspired to write about the everyday ups & downs of life, love, and the never-ending investigation of who we are and what we're all doing here.