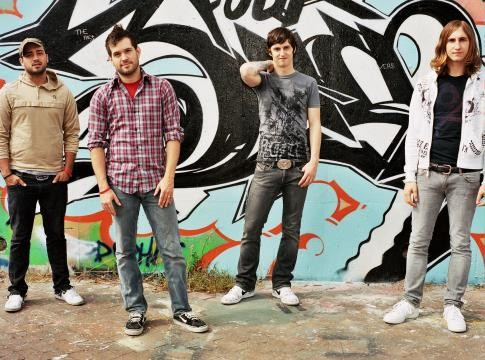 The Receiving End Of Sirens

Featuring The Receiving End Of Sirens

Boston's the Receiving End of Sirens preferred the first-name-only approach. In 2003 Alex, Andrew, Brendan, Casey, and Nate put out a self-released, self-titled EP that defined their approach to the post-hardcore/emo axis. Triple Crown Records noticed, and signed the band up. Their full-length debut, Between the Heart and the Synapse, appeared in April 2005, and TREOS enjoyed comparisons to contemporaries like Thrice, Mae, and Emery. Much touring ensued and, by the fall of 2006, the guys welcomed Brian (aka the Otter) into the Siren mix in place of a departed Casey, who left to pursue his side project the Dear Hunter. With the new lineup firmly in place, the group recorded and released their second album with Triple Crown, The Earth Sings Mi Fa Mi, in 2007. ~ Johnny Loftus, Rovi