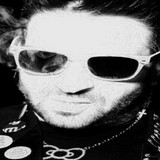 MICHAEL RODRIGUEZ is a singer, songwriter, nightlife personality, music-video director/producer, and music-industry executive specializing in house, disco, and electronic music. Rodriguez began his career as a teenager in Miami. Under his first stage name, MICHAEL ANTHONY, he specialized in freestyle music, opening for the era's greatest acts. By his seventeenth birthday, he had cut a few demos with now acclaimed DJ/producer GIUSEPPE D. This marked a transition to house music and a relocation from Miami to the New York City area, where he became MICHAEL M, one of the decadent club kids of LIMELIGHT, DANCETERIA, and WEBSTER HALL fame. In 1994, under a modified stage name (ANDROGENY FEATURING MICHAEL M), Rodriguez reunited with Giuseppe for the global club smash "I Could Be This..." on STRICTLY RHYTHM RECORDS. Featured in several movies and television programs, the track's elusive, ambivalent gender politics were explored by culture critic HOLLY BRUBACH in her book "Girlfriend: Men, Women, &amp; Drag". Capitalizing upon the stir they had created, they followed up with the equally provocative "Let's Talk About Me", then "Genderbender. Since then Michael has had huge hits like Dear Diary, named one of the top tracks of 2006 on XM BPM . Other hits include The Beat, Downtown, Guess Who's Back, Star &amp; The Kids Dont Know. Not limiting himself, he began writing for artists such as JEI &amp; DROZE, and started his own label Gonna Be Music.Stay tuned for new music in 2018. <br>