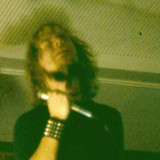 I started making music in the mid 70s, initially inspired by a love of jazz basslines and avant-garde bands like King Crimson. In 1977 I formed my first band The What, playing an electric organ. I soon bought an electric guitar (for £14) and started playing bass guitar in a series of punk-inspired bands: The Special Guests, Spasm, The Headlines, Doublethink, Vortex and So Hep. I then went through a heavy rock phase with the band Fast Breeder, taking over the lead vocals. Then back to bass and vocals during the 80s with several blues-oriented bands including Zax, Piers Plank and the Pinepoles, The Beavers and Into the Dark. Along the way I became increasingly interested in sound recording. I bought one of the first 4-track portastudios and offered recording services under the name Piers of the Realm. This launched a period of experimentation, often comedic, as I explored the possibilities of multi-tracking. Then, in 1990, I set up a recording studio in Norwich (Fast Forward Music) where I engineered for local bands and continued to make my own music, now incorporating the first samplers and sequencers. Some of these techno tracks were released under the band name Volcanic, and for a short while I formed a new heavy rock band Bladerunner, with a return to bass and vocals. Since the mid-70s I have written and recorded over 200 pieces of music and in 2020 I decided to start releasing much of my back catalogue.