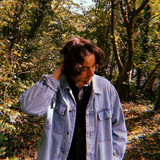 UK based singer, songwriter and multi-instrumentalist Jamie Yost has become a staple within the South West music scene. His deft ability to craft songs became quickly apparent with the success of his 2018 single “Runaway” surpassing 150,000 streams online. Yost has since caught the eye of some prestigious festivals delivering a headline performance at Cambridge Folk Festivals “The Den” Stage in 2019. The singer-songwriter is far from shy of raw emotion with heavy hitting singles such as 'Ravens' and 'One of a Kind'. In 2017 Yost had become a well known name in the Plymouth music scene and quickly followed up his rise to popularity with the release of his debut EP “Aurora”. The record was released on April the 27th 2018 with a sell out launch at The Barbican Theatre, Plymouth. Yost spent most of 2019 recording, touring and shaping his sound with sought out band members to provide a more dynamic show. Yost finished off the year with an array of top tier festivals and support slots for some of his favourite artists including Nathan Ball, country duo Ward Thomas and even playing the same stage as Newton Faulkner. He is set to release new music in 2021 ahead of his latest single ‘One of a kind'.