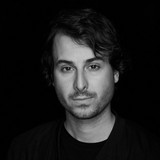 In 2010, a teenage Bobby introduced himself with the breakout full-length debut Better In Time. Not only did the album bow at #4 on the Top Albums Chart in Canada and eventually go platinum, but it yielded two 2011 JUNO® Award nominations, including “Pop Album of the Year” and “New Artist of the Year.” Meanwhile, the follow-up Where I Belong debuted at #1, went platinum, and emerged as “the best-selling Canadian album of 2014” as he made an unforgettable appearance at Montreal International Jazz Festival in celebration. Most recently, he arrived at a new creative plateau on Summer Is Gone in 2016. It captured #2 on the Top Albums Chart, and “C’est La Vie” clocked over 10 million total streams and counting. Following a tour in support of the record, he booked a writing trip to London to begin conceptualizing new music. Initially working in London, Berlin, and Montreal with producer and co-writer Pedro Vito, Bobby created what he calls his most personal album to date, Move Away out now.