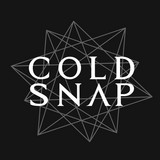 The chaos started in the spring of 2003! As of today, COLD SNAP have done almost 400 shows around Europe, including tours with PRO-PAIN, DEAD BY APRIL and EKTOMORF as well as having shared stages with the likes of LIMP BIZKIT, SOULFLY, DISTURBED, FLOGGING MOLLY, DARKEST HOUR, SUICIDE SILENCE, HYPOCRISY, ICED EARTH, UNEARTH and many others on the following festivals: Wacken Open Air, Metal Camp, Metal Fest, Metal Days, Metal Fest Croatia amongst others. So far COLD SNAP has released one EP »Mea Culpa« (2005, self-released) and 3 LP albums: »Empty Promises« (2008, Dancing Bear Records), »Perfection« (2010, Made In Germany-music, MK II label) and »WORLD WAR 3« (2013, self-released; 2015, Eclipse Records). Their second album »Perfection« and the third album »WORLD WAR 3« were produced, mixed and mastered by renowned metal producer Tue Madsen at Antfarm Studios in Denmark. Tue Madsen is known for working with AUGUST BURNS RED, SUICIDE SILENCE, HEAVEN SHALL BURN, MADBALL, KATAKLYSM, AT THE GATES, MESHUGGAH, and many more. In May and April 2017,band toured with their new line-up around Europe as a part of their “Arising Tour” which also included appearances at many summer festivals. The crowd’s warmed to the new line-up amazingly and the band spent the rest of the year writing songs for the new album. In January 2018, the band went to Aarhus, Denmark to Antfarm Studios and once again recruited Tue Madsen for their fourth album "All Our Sins", out on July 6th 2018.