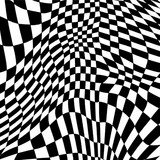 Beach House is the project of vocalist/keyboardist Victoria Legrand and guitarist Alex Scally — one of the most acclaimed American musical groups of the past 15 years. From their beloved self-titled 2006 debut to 2018’s internationally-acclaimed album 7, Beach House moved from a charming lo-fi sound to ethereal perfection, melding hypnotic, haunting melodies with Legrand’s velvety voice to create a unique, distinguished sonic universe. The group’s discography is celebrated and expansive, having released 7 full-length LPs and one compilation album, B-Sides and Rarities, during their career. Nearly every album was included on Pitchfork’s year-end lists and their albums are loved by audiences and critics alike.