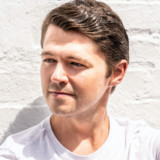 Singer/songwriter/actor Damian McGinty was born in Derry, Northern Ireland. His career began at the age of 13 when he recorded a charity CD, and his unmistakable talent and charisma quickly catapulted him into fame and success. Selected in 2007 by producer Sharon Browne and musical director Phil Coulter to join the inaugural cast of Celtic Thunder, Damian took his career to the next level by auditioning for the Oxygen network’s The Glee Project in 2011 and ultimately he was chosen as one of two winners. From this, Damian landed a guest star role in Fox’s hit television series Glee, as foreign exchange student Rory Flanagan. Damian self-produced an eponymously titled EP in late 2012.

In 2013, Damian was busy performing in several specials for Public Television. 2014 and 2015 were filled with touring, and in 2016 Damian released his first solo full-length CD, This Christmas Time. 2017 brought Damian back into the acting world, as he was cast in the lead role of his first feature film, the family Christmas movie Santa Fake, to be released in November 2019.