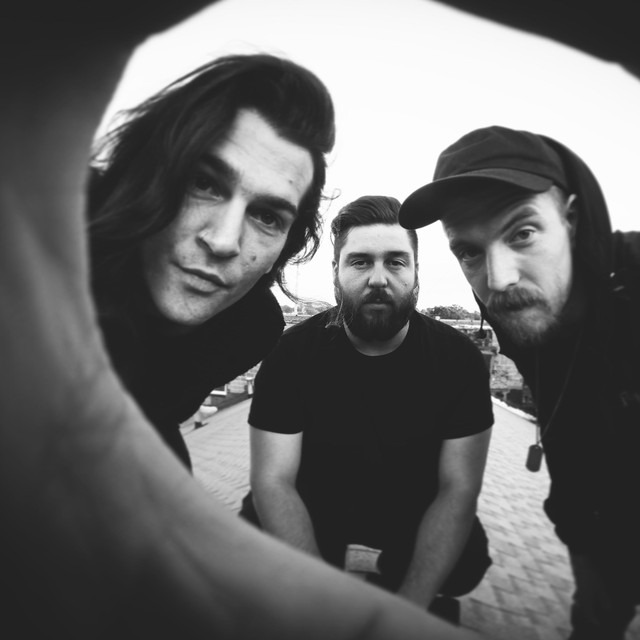 Known for their heavy post-rock sound, Night Verses first caught the attention of emo and metalcore fans in 2012 with their debut EP, Out of the Sky. For that initial release as well as the 2013 album Lift Your Existence and 2016's Into the Vanishing Light, the group featured guitarist Nick DePirro, bassist Reilly Herrera, drummer Aric Improta, and vocalist Douglas Robinson. Following Robinson's 2017 departure, the band elected to continue on as an instrumental trio, as heard on their 2018 album, From the Gallery of Sleep. All three of Night Verses' founding members, DePirro, Herrera, and Improta, had a decade of experience playing together in a number of bands in the L.A. area before coming together in 2012 to form the band's original lineup. It was during this period of playing as an instrumental trio that the group met Robinson, former singer for post-hardcore outfit the Sleeping, who approached them after a show with an interest in collaborating. Evolving their sound to accommodate vocals, the band began working with producer Kris Crummett on what would become their EP Out of the Sky, self-released later that year. Signing to Easy Killer Records, their debut full-length, Lift Your Existence, was released in 2013. Marked by Robinson's yearning vocals, these early releases found the band balancing post-rock virtuosity with emo lyricism. It was a sound they brought to fruition with their third full-length, 2016's Rob Robinson-produced Into the Vanishing Light. This record featured the single "A Dialogue in Cataplexy," released in advance of the album, and overall found the band exploring an even darker, more experimental sound, with live electronics and extended instrumentals. In 2017, Robinson parted ways with Night Verses. Rather than searching for a new lead singer, the other bandmembers opted to return to their roots as a trio, turning their attention again toward instrumental music. In 2018, they issued their first release as a trio, the EP Copper Wasp, which found them embracing an epic, darkly layered sound, rife with expansive solos and kinetic, intricately constructed arrangements. It was a direction they would commit to even more fully on the full-length album From the Gallery of Sleep. Released later that year, From the Gallery of Sleep would include all three songs from Copper Wasp, as well as the single "Phoenix IV: Levitation." ~ Matt Collar