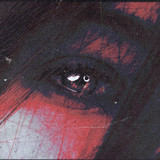 Melancholy, the ambivalence, the desire for endless freedom but also the wish to remain in the moment, here and now. This feeling defines the soundscapes, which Starlight Circus blend together to create a striking sound, pulling elements from post-hardcore, post-rock, ambient and pop. Starlight Circus originally started as a project by vocalist Vincent Naundorf and drummer Daniel Wenderoth and completed with the addition of guitarist Stefan Hesse and bassist Tim Hochschorner in spring 2017. Their live debut was in November of the same year. At their concerts, Starlight Circus combine emotional and profound lyrics and brute guitar passages à la Underoath with atmospheric ambient sequences reminiscent of the melancholic style of artists like This Will Destroy You. The experience as young people and the search for their own musical identity they processed on their debut EP „Middle of Nowhere“. Bittersweet, the newest addition to their discography, builds on the tried and true foundation, yet it stays in motion and explores new and broader soundspheres.