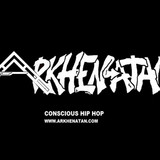 Arkhenatan is a conscious, political, underground Hip Hop artist from south London with a unique, raw, hard hitting style of his own. He is currently working on mixing and mastering his first album, which he has written, produced and performed. He has been writing for over 15 years on and off... Attended various courses in South London, including sound engineering at Lambeth college, music production at Raw Material studios and Music production and performance at CM, he has also previously performed at as many open mics that he could find and even put on a show with other Urban Voice artists at the famous Cargo in London EC2A.