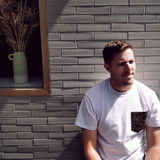 Illect Recordings artist, Imperial, is an accomplished producer and DJ who has a rhythm and bop that's all his own. His musical approach is a unique pastiche of samples, drums, melodies, chops and breaks - masterfully crafted to encapsulate everything that's good about this thing called life. His current stomping grounds; Cambridge, UK is renowned for its university and punting facilities. However, he uses its historically idyllic landscape as inspiration for his own soundscapes. The traditionally grassy pathways juxtaposed with the emerging high rises, serve as a canvas for him to create art that is equally soul-stirring and head nodding. Imperial has rocked crowds on various stages including a headline slot at The Secret Garden Party, Green Meadows festival and has become a frequent fixture on BBC Introducing programming. In addition, he has racked up millions of streams and secured coverage on Hip Hop DX, The Find Mag and more. His music has even been used to sell everything from burgers to backpacks and has been featured in content for McDonald's, Sky One, Hennessy and Jansport. The common thread in Imperial's music is faith, family and forward thinking. His aim is to provide listeners with positive and uplifting energy as the soundtracks to our individual and collective lives.