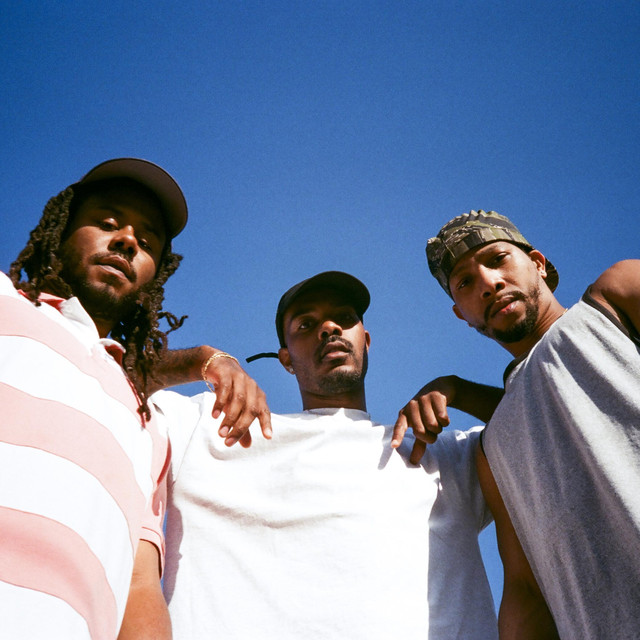 In line with their church-themed releases over the last decade, Southern California’s Pac Div is a holy trinity for colorful, relatable Hip-Hop. Since the mid-2000s, group founders Like, Mibbs and BeYoung are pioneers to a movement that has since of Hip-Hop passion, accented by storytelling, in a quest for good times, girls, and gear. Five years removed from sophomore album, GMB, the trio reforms like Voltron to own their contributions and give music fans some daily bread with First Baptist. “It just feels like thee most Pac Div record,” says Mibbs of the 2017 third album, following the time away. “It’s that raw energy from the beginning. It’s like the Gospel.” Like and BeYoung seem to agree that First Baptist is a return to the beginning, of a brotherly bond, a genuine love of the art, and a brand of energetic music that only the Southern California representatives can claim. Once known as Pacific Division, the trio of brothers (Like and Mibbs) with friend (BeYoung) formed in high school. In addition to street wear and basketball, the multi-talented artists basked in beats and rhymes. The Div’s 2006 Sealed For Freshness (Blend Tape) became a cult classic, making its way across the coasts and beyond, and aligning the teens with a style of Greater L.A. Hip-Hop calling back to The Pharcyde and Freestyle Fellowship.