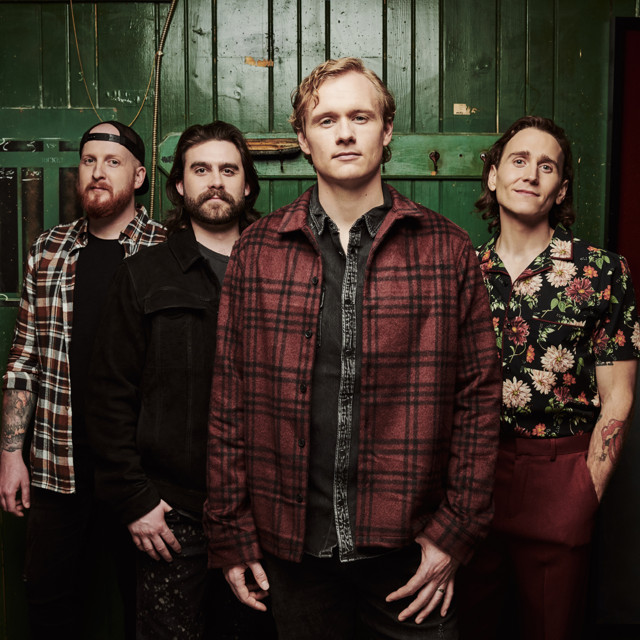 Playing a spunky and engaging variety of contemporary country with pop and rock accents, the James Barker Band enjoyed a speedy rise to popularity in their native Canada before making a strong impression in the United States. The James Barker Band were formed in 2013 in Lindsay, Ontario by James Barker (lead vocals and guitar) and Connor Stephen (drums), who first met while they attended band camp together when they were kids. The two played in bands together through high school, and while doing some recording at a local studio in 2011, they met guitarist Taylor Abram. Abram hit it off with Barker and Stephen, and he was soon making music with them. The final piece of the puzzle came in 2013, when bassist Bobby Martin, who had worked with Barker in the past, joined the lineup. Shortly afterward, the James Barker Band won the Nashville Star talent competition at Kempenfest in Barrie, Ontario, and the group was on its way. Barker and his bandmates were soon playing regularly in Ontario, and in 2015 they performed as part of an Emerging Artist Showcase at the Boots and Hearts Festival in Barrie. The group won over the crowd, and won a spot on the festival's main stage in 2016. Representatives from Universal Music Group checked out the band, and liked what they heard, signing JBB to a record deal. May 2016 saw the release of the James Barker Band's first single, "Lawn Chair Lazy," which wasted no time rising to number three on the Canadian Country Singles chart and earning gold record certification, with the follow-up, "Just Sayin'," arriving five months later and peaking at number six. In March 2017, the James Barker Band dropped a third single, "Chills," which became a number one country hit in Canada, and like "Lawn Chair Lazy," it earned a gold record. In April 2017, as the JBB were gaining momentum in the United States, they brought out their first EP, Game On, a seven-song release that included the first three singles, three new tracks, and an acoustic version of "Chills." The EP earned the group another hit single in Canada when the song "It's Working" hit the Canadian country Top Ten. ~ Mark Deming, Rovi