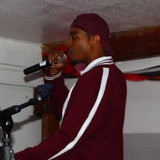 Born & raised in Oakland, Ca; Ash DaBlunt has always been exposed to diversity in lifestyles & cultures. After years of assisting other artists with their music by ghostwriting & producing under the name ChuckT, he decided to start writing songs of his own but under a different name. Blending his northern California background with his Jamaican, Creole, & Native American Cherokee tribe heritage Ash creates music that not only bridges the slight gap between the cultures but also merges them together creating music that people can relate to & gain inspiration from. Utilizing his Native American heritage, Ash tells stories over Hip-Hop music that paint vivid & compelling images through rhyme. The name Ash DaBlunt was chosen as a way to pay homage to his Native American Cherokee tribe roots because it reflects the Native American naming culture of having a name that not only has a meaning but can also be a statement. With his debut Ash delivers an album that focuses less on the superficial things in life & more on the decisions and aspects of life that affect a person’s character & future. Released under the Produce Until Something Happens Entertainment label a.k.a. P.U.S.H. or P.U.$.H., the album features some of Ash’s own production but under the name ChuckT as well as NYC music producer Jay Pluto, Bay Area residents DaveCantRap & A.F.G. of L.A & Oakland native CSK Dray. The album also features rappers Jonathan, Supreme Power, Change, THE JAHZ, MacMe-Z, and Dave Clarke.