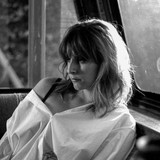 Susanne Sundfør is a Norwegian singer/songwriter and producer who has topped the charts in her homeland and won critical praise with her poignant mix of chamber folk, electronic pop, and icy dance music. Emerging in the mid-2000s with a sound that evoked a blend of Stina Nordenstam, Depeche Mode, Tori Amos, and Radiohead, Sundfør achieved significant regional success with the release of her eponymous, folk-inspired debut album in 2007. She pivoted to a denser electronic style in the 2010s, culminating in the release of 2015's chart-topping Ten Love Songs, which elicited acclaim both at home and abroad. Susanne Sundfør began her rise to fame in her homeland in 2005. That year she toured the country opening for English singer/songwriter Tom McRae, and in 2006 she joined Madrugada on tour, performing their song "Lift Me," a duet the band originally recorded in the studio with singer Ane Brun. Late in 2006, she digitally released her debut single, "Walls," which would climb to number three on the Norwegian singles chart. It was the same position her debut self-titled album took on the album charts when it was released in 2007. The live effort Take One followed in 2008 -- the same year that her debut won the Spellemannprisen for Best Female Performance. Sundfør accepted the award with some hesitation, stating her work represented her as an artist first, and a woman second, bringing into question whether the Norwegian Grammy board was acting archaically with such gender-specific awards. Two years later, her album The Brothel would climb to the top of the Norwegian album charts thanks in part to the success of its title track. Jazz keyboardist Christian Wallumrød and members of Jaga Jazzist appeared on her 2011 effort, the all-instrumental A Night at Salle Pleyel. In 2012 she released the single "White Foxes" along with the album The Silicone Veil. She ended the year collaborating with Morten Myklebust on the track "Away," along with electronica duo Röyksopp on their single "Running to the Sea." In 2013, Sundfør collaborated with French electronic band M83 on the Oblivion soundtrack, and later that year her back catalog was released in the U.K. for the first time. She went on to make her production debut for Bow's Each Other record. By 2014 she was set to release her fifth studio album, which was preceded by the single "Fade Away." Ten Love Songs went on to become a commercial and critical success for Sundfør upon its release in 2015, and saw the record appear in many year-end "best-of" lists. Following that record's release, she spent time traveling the world, and her follow-up record reflected the different environments and politics she encountered, along with the anxiety felt by many due to an ever-changing world. Music for People in Trouble was released in 2017, with the track "Undercover" as the lead single. The ten-track record also featured a guest appearance from John Grant on its last song, "Mountaineers." In 2019 Sundfør issued the accompanying concert LP People in Trouble: Live from the Barbican, which was recorded in London the year prior. ~ David Jeffries, Rovi