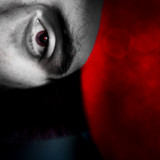 Giulio Fagiolini is a composer born in Tuscany (Italy) in 1990. He started approaching music as a child. He followed classical studies for many years and expanded his music palette playing in several R&B, Psychedelia and Electronica bands. In the meantime, he also started a new path as a solo artist. Fascinated by soundtracks, classicism and minimalism, Giulio released his debut solo album "Dietro un vetro" (Behind a glass) in 2017, which was released and distributed by Home Normal (JP).