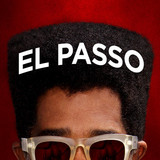 An outlandish, in-your-face stage presence, a strange sense of humor, and a hard-driving funk sound that criss-crossed a few musical boundaries earned Cameo countless comparisons to Parliament/Funkadelic in their early days. However, Cameo eventually wore off accusations of being derivative by transcending their influences and outlasting almost every single one of them. Throughout the '70s and '80s, the group remained up with the times and occasionally crept ahead of them, such that they became influences themselves upon younger generations of R&B and hip-hop acts. By the time the group's popularity started to fizzle in the late '80s, a series of R&B chart hits -- ranging from greasy funk workouts to synthesized funk swingers to dripping ballads -- was left in their wake. Further separating Cameo from their forebears, they didn't have a diaper-clad guitarist. Instead, they had a codpiece-wearing lead vocalist. That vocalist was Larry Blackmon. In 1974, the ex-Juilliard student and New York City club-goer instigated a funk band with a membership of 13 called the New York City Players. Blackmon, Tomi Jenkins, and Nathan Leftenant formed the group's nucleus. The Casablanca label signed the group to their Chocolate City offshoot, and shortly after that, the group changed its name to Cameo. Their excellent debut album, 1977's Cardiac Arrest, was highlighted by four singles. Three of those hit the Billboard R&B chart: "Rigor Mortis" (number 33), "Funk Funk" (number 20), and "Post Mortem" (number 70). Although the group was clearly inspired by elder funk groups like Parliament, Funkadelic, and the Ohio Players, Cardiac Arrest made Cameo's case for belonging in the same division an open-and-shut one. In an attempt to keep the ball rolling, 1978 saw the release of Cameo's second and third albums. Neither We All Know Who We Are nor Ugly Ego were as solid as the debut, but the group's singular characteristics were becoming increasingly evident. The winding, horn-punctuated "It's Serious" (from We All Know Who We Are) narrowly missed the Top 20 of the R&B chart, while "Insane" (from Ugly Ego) dipped just inside it, peaking at number 17. The best halves of these two albums would've made a fine sophomore LP. 1979's Secret Omen, featuring a disco-fied re-visiting of Cardiac Arrest's "Find My Way" and the magnificently funky and slightly loony "I Just Want to Be" (a number-three R&B chart hit), was stacked with fine album cuts and brought Cameo back as a group that excelled in the LP format. "Sparkle" was one of their best ballads, a sinewy number that hit the Top Ten. Five albums released between 1980 and 1983 (Cameosis, Feel Me, Knights of the Sound Table, Alligator Woman, Style) brought about a slight dip in quality on the album front. Despite an abundance of filler on each record, none of those albums were strict disappointments, delivering hot Top 20 R&B singles like "Shake Your Pants," "We're Goin' Out Tonight," "Keep It Hot," "Freaky Dancin'" "Just Be Yourself," "Flirt," and "Style." One of the most significant ripples in Cameo's time line came during that period, in 1982, when they packed up and set up shop in Atlanta. Pared down to a quintet and located in a less hectic city, the group became bigger fish in a smaller pond. Blackmon even started his own label, Atlanta Artist. The label's first LP, Style, also marked a significant shift in sound, with synthesizers taking on a pronounced role. Paydirt was struck with 1984's She's Strange; the title cut, a late-night slithery smolder, topped the R&B chart and eclipsed the Top 50 of the pop chart, kicking off a remarkable three-album run that made Cameo one of the most popular groups of the '80s. Single Life and Word Up!, released respectively in 1985 and 1986, continued the hot streak. The singles from those two albums -- "Attack Me With Your Love," "Single Life," "Word Up," "Candy," and "Back and Forth" -- held down the Top Five plateau of the R&B chart. "Word Up" even went to number six on the pop chart, giving them their biggest bite of the mainstream. The song was everywhere. What goes up must come down, and that's exactly what happened to Cameo. Despite the fact that two more singles -- "Skin I'm In" and "I Want It Now" -- scaled up to number five on the R&B chart, neither Machismo nor Real Men Wear Black performed well as albums. After 1991's Emotional Violence, the group's profile was lowered significantly, but they did tour sporadically to the delight of hardcore fans as well as plenty of misguided people who thought Cameo was all about "Word Up" and nothing more. Notably, Blackmon spent a few years of the '90s at Warner Bros., as the vice president of A&R. Cameo's presence continued to be felt throughout the early 2000s, not only through extensive sample use and less tangible influences upon younger artists and producers. Several retrospectives have kept the group's music alive: Casablanca's 1993 compilation The Best of Cameo is an excellent point of entry. Mercury's 12" Collection & More, released in 1999, covers the group's best dancefloor moments. 2002's spectacular Anthology, a double-disc set also released by Mercury, covers a lot of ground and does the group justice as a total package. ~ Andy Kellman, Rovi