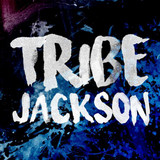 Formed in 2014 in Baltimore, MD, Tribe Jackson is comprised of vocalist/guitarist Keith Ciborowski, bassist/vocalist Brett Dean, and drummer Daniel Croke.   The group is best known for their untiring devotion to putting their one-of-a-kind kinetic energy into every live performance. Leaning on 15 years of playing music together in various projects, their sets highlight the dual songwriter prowess of Keith and Brett, producing everything from wistful 90’s ballads (“New Love”), to indie-dance earworms (“Opposite of Love”), to pop-rocked sing-alongs (“Star-Crossed Lovers”).   In their tenure as a band, Tribe Jackson have had the pleasure of opening for national acts including You, Me, and Everyone We Know, and the Press War, and were selected to perform at the 89.7 WTMD Baltimore Band Block Party amongst twelve of Baltimore’s other best known acts.