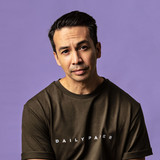 From his origins in the house and techno underground to his current more eclectic style, Laidback Luke has always been a leading light in music of the present day as well as the future.

The Dutch hero continues to enjoy a hugely varied and consistently noteworthy career in the game. With a reputation as a serious talent scout and for being one of the nicest guys around, he has built himself a mightily impressive musical empire that has touched the highest reaches of the music industry. Recent times have seen him continue his dancefloor domination by producing a slew of killer tracks with both the world’s biggest names and newcomers alike, including Afrojack, KURA, Will Sparks and GTA. His commitment to discovering and nurturing new talent is key to his ethos, with his reputation as a mentor proceeding him. For him, it’s only natural to share his wisdom and support in the same way his peers did when he was coming up. His popular weekly vlog ‘The Real World: DJ Edition’ gives an insight into his intense life and maintains a direct connection with fans, while his healthy lifestyle sees him extol the virtues of tai chi, yoga, healthy food and his beloved kung-fu (in which he’s participating in the World Championship in Hong Kong) over hedonism and excessive partying. All this combined makes him a truly unique and inspirational figure in the dance music industry and one who will contain to play a vital part in it for years to come.