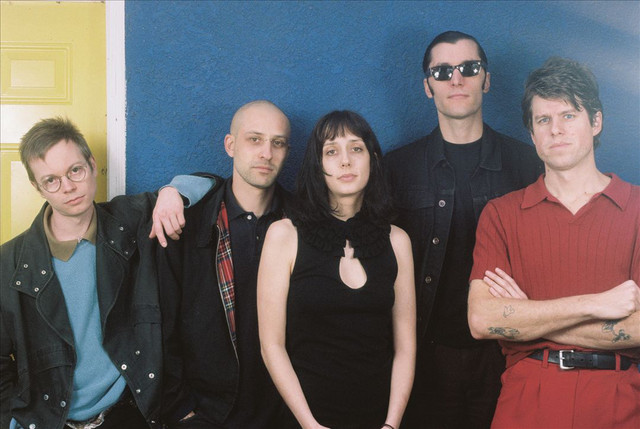 When the Los Angeles group Wand formed in 2013, they played a wickedly spooky brand of psychedelic garage rock tinged with heavy metal. Over the course of three albums recorded in a couple years, the band's leader Cory Hanson wielded full control over their claustrophobic sound. The band's lineup changed along the way and Hanson loosened his grip on their sonic boundaries, allowing the new bandmembers more say in their newly classic rock- and modern pop-influenced approach. 2017's Plum was the first Wand album to reflect this change. Hanson started the band with drummer Evan Burrows, guitarist Daniel Martens, and bassist Lee Landey and immediately dove headfirst into a sludgy, psychedelic garage rock. They quickly put together an abundance of material that straddled the line between melodic and noise-heavy, issuing split singles with artists like Mikal Cronin and Meatbodies before being signed by Ty Segall to his Drag City spinoff label God? for the release of their 2014 debut LP Ganglion Reef. Wand embarked on a tour supporting Segall for the release of the album. The band's next record was recorded over a 12-day span by Chris Woodhouse at The Dock in Sacramento, California, and saw the band expanding its sound with synthesizers and showing a deeper heavy metal influence. Golem was released in early 2015 by In the Red Records. Not a band to waste any time, Wand returned before the end of the year with their third album, 1000 Days. Released by Drag City proper this time, the album saw Wand incorporating more electronics into their sound, while integrating their metal and psych elements even further. They also toured frequently, playing many shows with Segall, who was impressed enough to subsequently play a number of shows with Hanson as an acoustic duo. He also added Hanson and Burrows to his backing band the Muggers for his 2016 touring dates. Thanks to this, Wand was uncharacteristically quiet on the recording front during 2016, with Hanson spending time working on a solo album. The acid folk-inspired, lushly orchestrated The Unborn Capitalist from Limbo was released by Drag City in late 2016. Around that time, Wand expanded their lineup by adding guitarist Robbie Cody and keyboardist/vocalist Sofia Arreguin. This also led to a change in the way the band wrote songs. Where previously Hanson brought finished songs to the rest of the group, now they spent time in their rehearsal space working out songs together. This new style of writing and the new members led to some sonic differences on their 2017 record Plum, on which the creepy, claustrophobic psychedelia and bludgeoning metal of the past were downplayed in favor of classic rock influences and more expansive-sounding indie rock. The same lineup of the band soon went back to the recording studio and cranked out another EP in the democratic vein of Plum. The seven-song Perfume was issued by Drag City in May of 2018. The shift away from their early garage rock fervor to more atmospheric songwriting fully solidified on 2019's Laughing Matter. The lengthy album was sculpted from improvised jams and sketches, Hanson's vocals sounding more and more like Radiohead's Thom Yorke as Wand explored more introspective indie rock territory. ~ Fred Thomas, Rovi