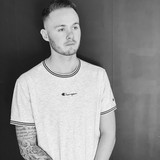 Coordinate is a Copenhagen based danish rapper and producer, who recently released his debut single called "Moonman".

Coordinate draws great inspiration from the likes of Travis Scott and Kanye West both in his lyrics and production, wich can be heard by the hard hitting 808's, snappy percussions and wavy melodies