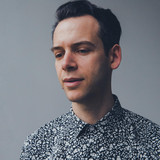 Jesse Fischer is a Brooklyn-based keyboardist, composer, producer, and engineer. Largely self-taught, he is known for his warm, soulful touch and emphasis on melody, groove, storytelling and emotion, and his affinity for combining elements of his own Jewish heritage with music of the African diaspora, jazz, hip-hop, and folk. Jesse has performed with many notables in the jazz, pop, and world music scenes, including Mino Cinélu, Sarah Elizabeth Charles, Grace Kelly, and Takuya Kuroda. He has released eight records as a leader, including his Herbie Hancock/Head Hunters tribute Vein Melter