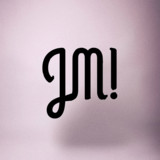 High Octane Alt-Rock Straight From the Soul Distortion-dripped soundscapes, energy-fueled mayhem, and raw versatile vocals that dig deep into your soul. Welcome to the exhilarating alt-rock world of Jared Mancuso, an emerging alt-rock artist based in Phoenix who is currently making his mark on the global music scene. His sound is hard, feel-good and impossible to ignore as he brings a tinge of 2000’s nostalgia to untamed rock rhythms. His songs are mostly based around his voice. Starting out with humming a musical line, he crafts the instrumentation around this to create his bold, daring sound. The result is something brimming with electrifying energy that really gets the party going. The kind of songs that sweep you off your feet whilst still bringing a timeless aura of classic 2000s mayhem. Mancuso’s 3rd album, Hype! (2018) has received ovations and praise in performances with his live band, the 'Very Pleasant People', across the Eastern Seaboard. Jared's signature slicked back pompadour and perfectly tailored suits evoke a Don Draper meets James Dean vibe and, when juxtaposed with soaring choruses, infectiously intricate guitar riffs, and thought-provoking lyrics, manages to build a sexy sonic tension that packs a punch both live and on the record.