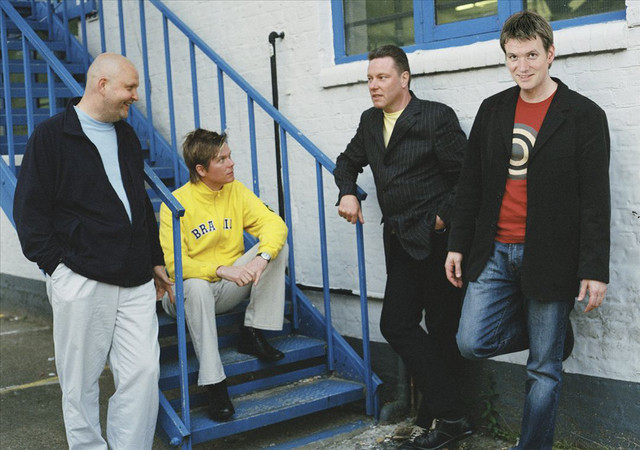 Until the arrival of the Sugarcubes, jazz fusion band Mezzoforte was Iceland’s best-known musical export. The group was formed in 1977 at a Reykjavik high school by Fridrik Karlsson (b. 24 April 1960; guitar), Eythór Gunnarsson (b. 9 September 1961; keyboards), Jóhann Ásmundsson (b. 30 March 1961; bass), and Gunnlaugur Briem (b. 8 September 1962; drums). They signed a recording contract with local label Steinar, and with the assistance of Stefán S. Stefánsson (saxophone) recorded their debut album. Bjorn Thorarensen (keyboards) joined in time for the recording of the band’s second long-player. Kristinn Svavarsson (saxophone) was featured on the exuberant ‘Garden Party’, which was a Top 20 hit in the UK in 1983. The tune was covered in the USA by Herb Alpert who performed it at half-speed, reportedly because he had learned the piece from a 45 rpm single accidentally played at 33. The follow-up, ‘Rockall’, was only a minor hit but it was adopted as a signature tune by radio chart shows in the Netherlands and UK. For a brief period, the group was based in London and in the mid-80s Mezzoforte played the European jazz festival circuit with vocalists Chris Cameron and Noel McCalla, formerly with Moon and Mike Rutherford’s group. In 1990, Karlsson released a solo album featuring singer Ellen Kristjánsdóttir and members of Mezzoforte. Further Mezzoforte releases took a back seat to the members’ outside projects, although the band was officially still in existence at the turn of the new millennium.