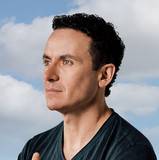 Born in Bogota, Colombia, Fonseca chose music at an early age, studying music formally at institutions such as Javeriana University in Bogota and Berklee College of Music in Boston. Fonseca's self-titled debut gained him considerable attention in Colombia. His second album released Corazón (2005) explored the crossroads where pop/rock influences meet the vallenato, bullerengue and tambora. Gratitud followed in 2008, with Ilusión arriving in 2011. Fonseca recorded Sinfónico in concert with Orquesta Sinfónica Nacional de Colombia in 2013. Released a year later. In early 2015 Fonseca was awarded La Musa Premio Triunfador by the Latin Songwriters Hall of Fame and in May received the first-ever Contemporary Icon Award at the SESAC Latina Music Awards. In the fall, he released the album Conexión, including collaborations with recognized artists. In 2017 Fonseca launched “Fundación Gratitud” project that seeks to rescue and ensure the protection of cultural traditions. In 2018 Fonseca received “La Orden de Boyacá en grado Oficial”, the most important recognition given by the Colombian government as part of his work as a promoter of reconciliation and peace. Fonseca released his latest album Agustín in December 2018 which was nominated 4 times on the 20th Annual Latin Grammys Awards, receiving an award for Best Traditional Pop Vocal Album. Through his musical career Fonseca has been awarded with 7 Latin Grammy and also has been nominated in 2 opportunities to the Grammy Awards.