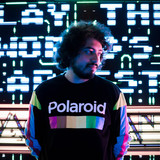 Diego Reyes, also known as Bloom Line is a music producer/songwriter and multi-instrumentalist. Currently based in Boston, Bloom Line is a producer, that blends elements of indie, post rock and EDM.  Influenced by artists like Porter Robinson, Madeon, Illenium, Said the Sky to name a few, he has been able to find his own sound and shape it into something fresh. Since the start of his project in 2019 he has been able to get the support from A-list producers like Don Diablo, Hardwell, Mike Williams as well as getting releases on labels like Lowly, Island Records, Revealed Recordings and many more. In 2020, Bloom Line had the opportunity to remix Olivia O'Brien's hit single "Josslyn" which was released through the legendary Island Records. Bloom Line's catalogue has gathered more than a million streams on Spotify alone and shows no sign of stopping anytime soon.