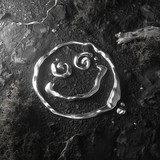 sober rob began playing the viola when he was eight years old. the sheet music and chin-rests have been traded in for ableton and krk’s, but complex elements of his classical background still course through the hyper-futuristic style of his production. rob has brought listeners into his own world through releases on a variety of labels including seeking blue, deadbeats, lowly palace, owsla, and atlantic records. his live show has garnered the reputation of being so hypnotic, energetic, and immersive that not a single soul believes he’s actually sober. whether or not he is, the world may never know...