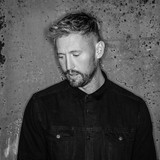 Inspired by the Chicago house scene whilst growing up in Northern England, Cristoph sought influence from the sounds of acts like Masters At Work and the progressive tones of Sasha & Digweed, as well as his own upbringing. With Cristoph’s brother landing him his first spot in a local Newcastle venue, the DJ’s father was the figure responsible in the purchase of his first pair of decks. Mastering his craft on vinyl, Cristoph soon started to hone his talents in the studio, receiving his first big break via the tutorship of Hot Since 82. Following his widely supported release ‘Alone’ on Knee Deep In Sound, it was a meeting with another of dance music’s A-List names that change the course of Cristoph’s future when Eric Prydz - impressed by the quality of the Geordie’s crisp productions on acclaimed EP ‘8-track’ - watched him perform on numerous occasions and offered the him a spot on his new ‘Pryda Presents’ project. “Eric has always given me self-belief and confidence,” Cristoph beams. Bringing his atmospheric productions to all corners of the globe. 2018 saw Newcastle’s Cristoph collaborate with Camelphat to release the global dance music hit, ‘Breathe’, arriving on Eric Prydz’ ‘Pryda Presents’ label. Crossing over to receive major commercial success as well as dominating the underground circuit. Returning to ‘Pryda Presents’, Cristoph releases the anticipated follow up to ‘Breathe’. Collaborating once more with vocalist Jem Cooke, ‘Slowly Burning’