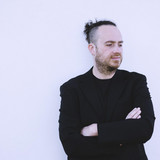 As an established composer, producer and sound engineer Federico decided to go solo in 2018 with his first neo-classical album The Great Grey Ocean, release by Gothenburg based label Kning Disk in Sweden. Through his second work “Forgotten Memories”, he sought to relive some experiences of his own life, drawing melancholic melodies and harmonies with classic and acoustic guitar, piano and strings quartet. “Forgotten Memories” is released by the Italian record label “Blue Spiral Records”. In 2021 he releases a new track, "I sent you a Letter", which define a new step on the Federico's musical path. As well as releasing his own music and playing in the metal band Sleeping Romance, Federico Truzzi lives Berlin where he works as music composer for Movies, Advertisements, Documentaries and Video Games. Studying music at Berklee college of Music, Pulse College, Tor Vergata University and Università degli studi di Modena e Reggio Emilia made Federico the musician that he is today.   https://www.federicotruzzi.com