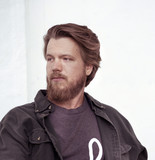 Native of Central Wisconsin, soulful singer-songwriter, Evan Meulemans blends indie, reggae, Americana, and blues into his own unique style of music. With a sound compared to Jack Johnson, Brett Dennen, Cas Haley, Dawes, and Trevor Hall, Meulemans brings listeners into stories that weave their way from Hawai’i to New York, and everywhere in between. His music is about finding love, creating balance, seeking contentment, and finding connection with one another. Meulemans is just released his fourth album, Waves, available on all streaming platforms. While not performing and recording, Meulemans spends his time working on an organic farm in Western New York.