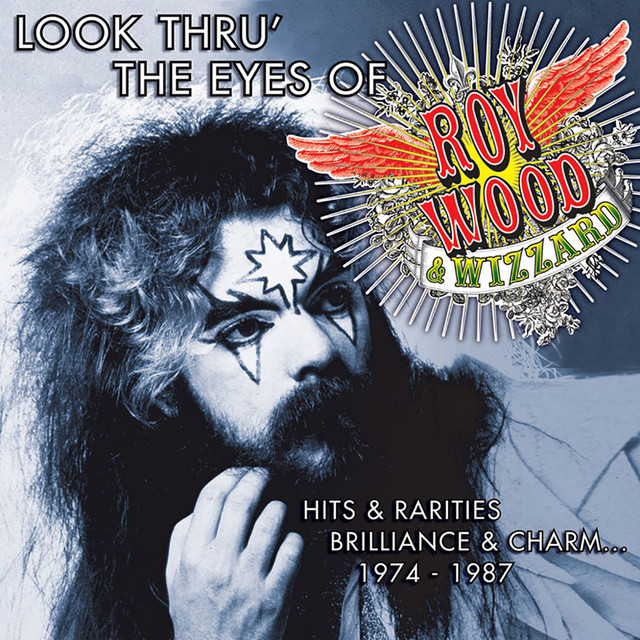 Roy Wood has long been regarded as one of the most important, if eccentric, rock musicians to have come out of Birmingham, England, primarily for his role as the leader/co-founder of both the Move and the Electric Light Orchestra. Born in 1946, Wood took up the guitar in his early teens, and the first "successful" band of which he was a member was Gerry Levene & the Avengers, which actually got to record a single. They broke up in mid-1964, and Wood joined Mike Sheridan & the Nightriders. During this period, Wood attended the Moseley College of Art, from which he was expelled in 1964. That same year, he organized the Move, with Bev Bevan (drums), Carl Wayne (lead vocals), Ace Kefford (bass), and Trevor Burton (guitar). The band was fortunate enough to land a residency at London's Marquee Club, where they began to build an enthusiastic following. Wood contributed most of the songs and eventually many of the vocals to the Move. Their single "Night of Fear" rose to number two on the U.K. charts in early 1967. The group evolved over the ensuing three years, eventually becoming a quartet. Later, the group added guitarist Jeff Lynne and passed through psychedelic, progressive, and heavy metal phases on albums such as Shazam, Message from the Country, and Looking On, which were popular in England but virtually unknown in America. Their sound embraced everything from old-time rock & roll, including Duane Eddy and even some doo wop influences, but also displayed Beatles-style harmonies and lyrical complexity. By 1971, Wood had developed ideas and ambitions that were too wide to be embraced by any one band, and proposed the formation of an offshoot of the Move called the Electric Light Orchestra. The group's eponymous debut was released on the Harvest label in England to strong critical approval and decent sales -- indeed, the new band seemed to attract more serious attention than the Move had been getting. Originally ELO and the Move were to have existed side by side, but ELO supplanted the Move, and the latter ceased to exist. Wood exited soon after, leaving ELO in the hands of Lynne and Bevan, and went off on his own to form Wizzard. Wizzard's first single, "Ballpark Incident," combined the Move's hard rock with a texture reminiscent of Phil Spector's "wall of sound" productions, and rose to number six on the British charts. In April of 1973, Wizzard reached number one with "See My Baby Jive," a success duplicated by the follow-up, "Angel Fingers." Unfortunately, the band's first album, Wizzard's Brew, didn't fare nearly as well, being a highly experimental body of work. The group's fortunes, even as a singles band, faltered after this, partly because of Wood's decision to continue recording and releasing records under his own name in addition to his work with Wizzard. His Phil Spector-ish "I Wish It Could Be Christmas Everyday" reached number four in England in 1973, and "Forever" made it to number eight the same year. The Wizzard albums See My Baby Jive and Eddie & the Falcons were both critical and commercial failures, and the unsuccessful release of the latter led to the demise of the group. Meanwhile, Wood's own solo albums, Boulders (1973) and Mustard (1975), were too idiosyncratic to achieve major followings. The Roy Wood Story (Harvest), released in 1976, summed up his career with EMI Records and performed well as a best-of. His subsequent records, On the Road (1979) and Starting Up (1987), failed to achieve anything like the success of his early-'70s work, and since then Wood has become one of the more elusive active musicians of his generation, although he continued to record into the 1990s. ~ Bruce Eder, Rovi