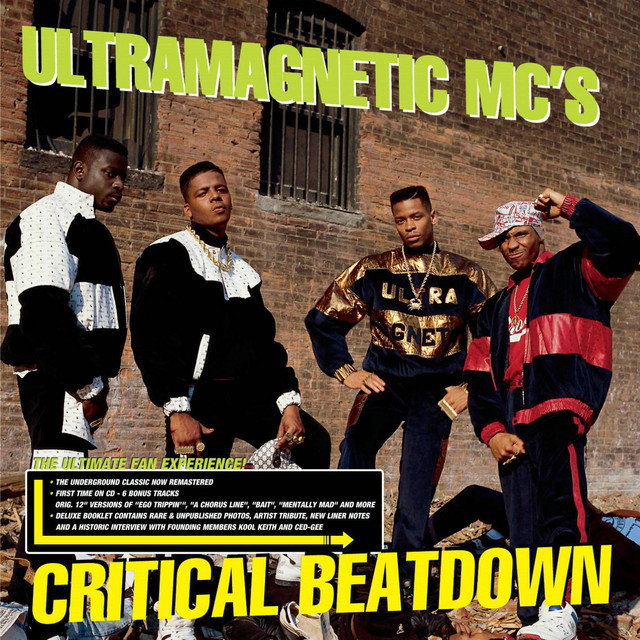 Arising from the Boogie Down Bronx in the mid-'80s as a far-flung hip-hop trio with a heap of new ideas to try out, Ultramagnetic's Kool Keith, Ced Gee, and DJ Moe Love occupy something of a singular place in the old-school pantheon. Combining funk-heavy tracks with jeep-rocking beats and obscure lyrical references, Ultramagnetic MC's have a list of firsts to their credit: the first rap group to employ a sampler as an instrument, the first to feature extensive use of live instrumentation...the first to feature a former psychiatric patient (Keith) on the mic. Early singles like "Something Else" and "Space Groove" were block-party staples and created waves in the underground, eventually landing the group on the disco-dominated Next Plateau label, where they released their underappreciated debut. The following years found the group shuffling from label to label, releasing albums on Mercury and Wild Pitch before splitting to pursue various projects. ~ Sean Cooper, Rovi